The Arabic word “turba” means “tomb, tombstone.” This term applies only to Muslim shrines located in Jerusalem. Outside Jerusalem such burial structures are called in Arabic “maqam” (“place, stop, stand”), if a sheikh, imam or someone very important is buried there; or more generally – “kabr” (“grave”). Note also that the word “turba”, when used with a proper name of a person or a place, is used in the form of “turbat”.


This exemplary tomb is located in the heart of Jerusalem, on the territory of Muslim cemetery Mamilla Cemetery, opposite the former hotel “Palas”. Built in the Mamluk era, it is well maintained and still preserves its primordial appearance. In this turba is buried emir ‘Ala ad-Din Aydughdi ibn ‘Abdallah al-Kubaki (hence the name), the ruler of Safad and Aleppo in the times of Mamluk sultan Baybars. He died in Jerusalem in 1289 and was buried with great honors. 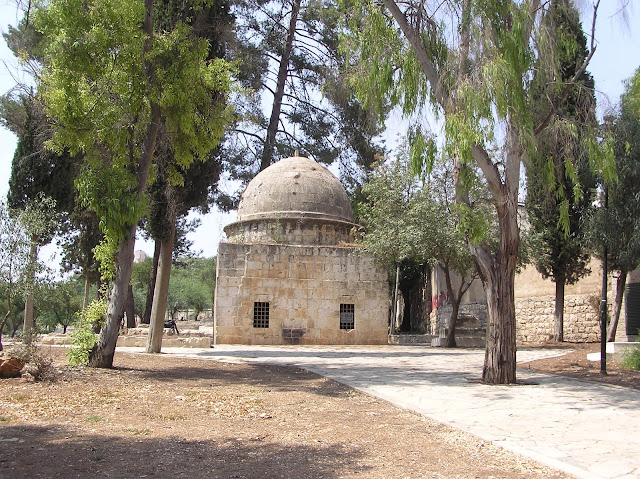 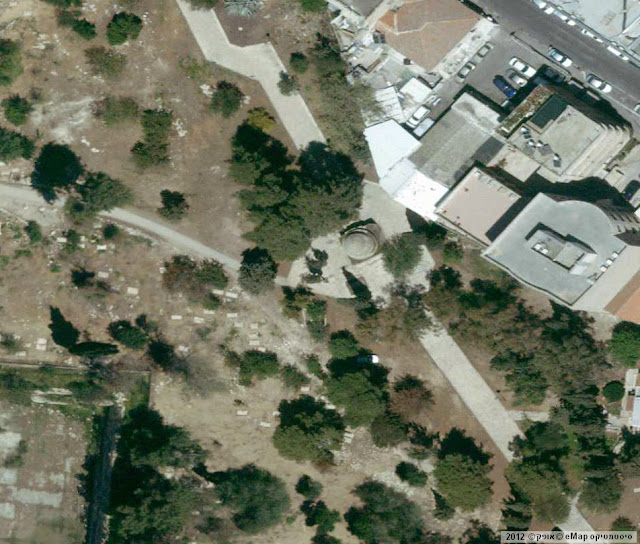 This is how Muslim historian of 15th century, Mujir ad-Din, described the tomb: “The Zawiyeh al-Kebekiyeh. In the cemetery of Mamilla there is a well-built kubbeh known by the name of al-Kebekiyeh, after that of the Emir 'Ala ad-Din Aydughdi, the son of 'Abd Allah al-Kebeky”.

“Kubbeh”, “Qubbat” – “dome, structure with a dome" is another synonym for the word "tomb”.

Turbat al-Kubakiya might have been charted on the map of Jerusalem, published in a book by Jean Zuallart “Il devotissimo viaggio di Gerusalemme” (1587), under the name of “Sepolchri de Turchi” (“Turkish tomb”). There are English and Spanish versions of this map. One can see that the structure is located on the territory of a Muslim cemetery not far from the road leading to the Jaffa Gate. On the French map of Jerusalem in a book published in 1629, Turbat al-Kubakiya has a crescent on the top of the dome and is located near the pool, now known as Birket Mamilla. Perhaps, once a crescent really used to crown the turba. There is no crescent in the drawings made in the 19th century.


Map of Jerusalem from the book by Jean Zuallart (1587) 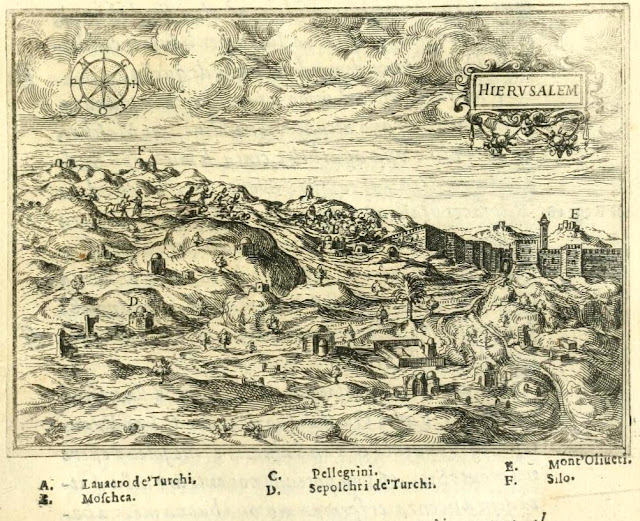 A fragment of a French map of Jerusalem of 1629 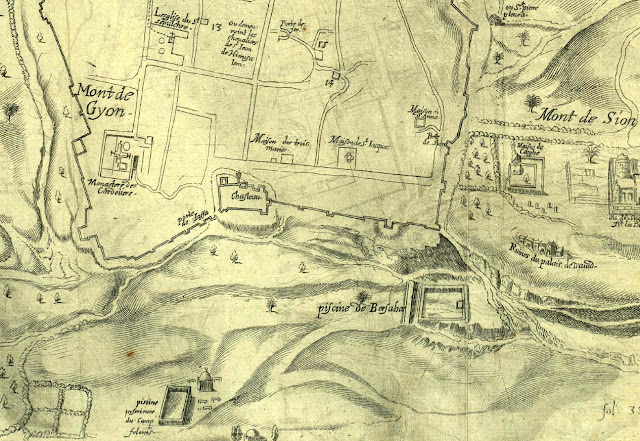 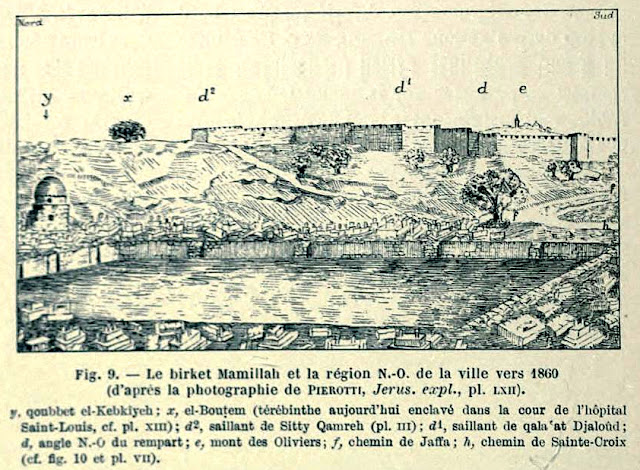 The drawing of the Mamilla Cemetery of 1863 (from the book by J. Sepp) 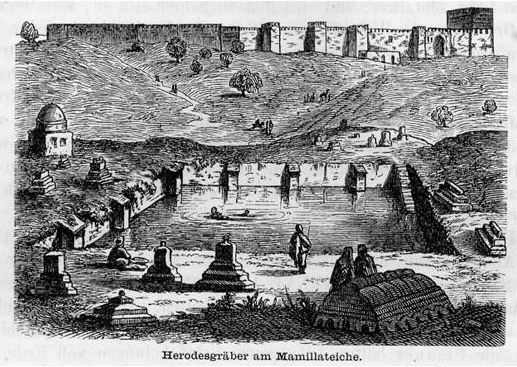 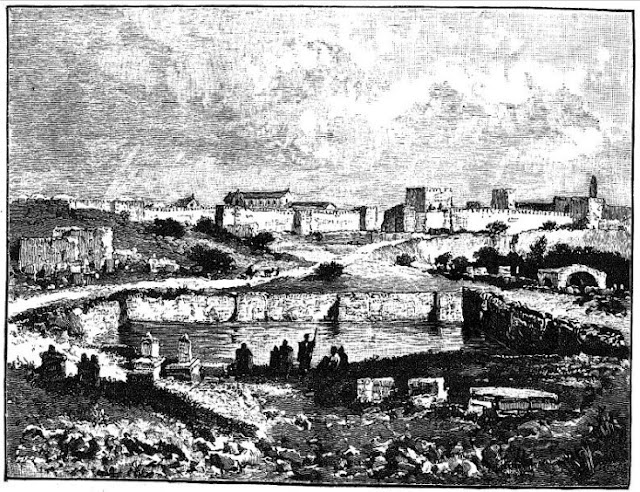 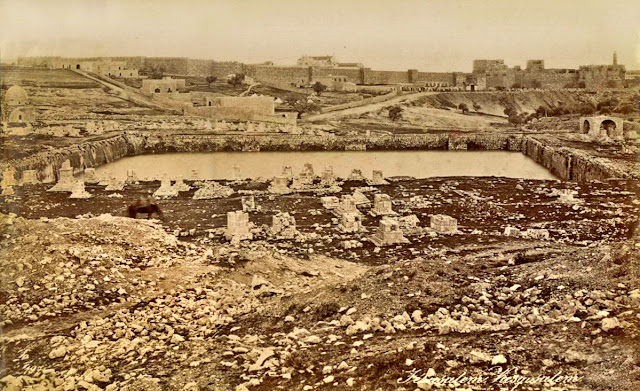 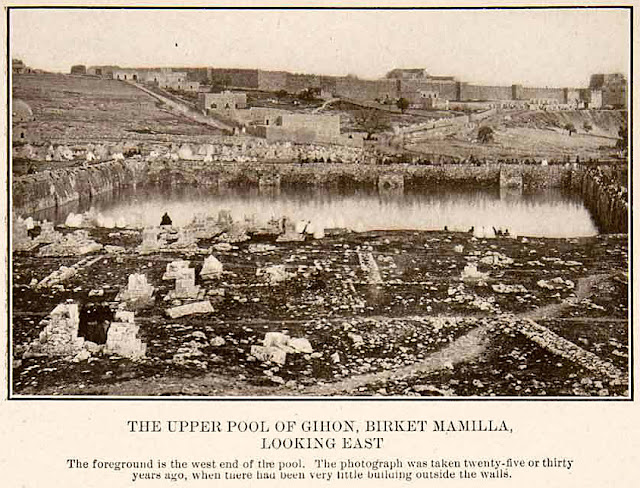 Picture of 1869 (from the book by Ludovic de Vaux) 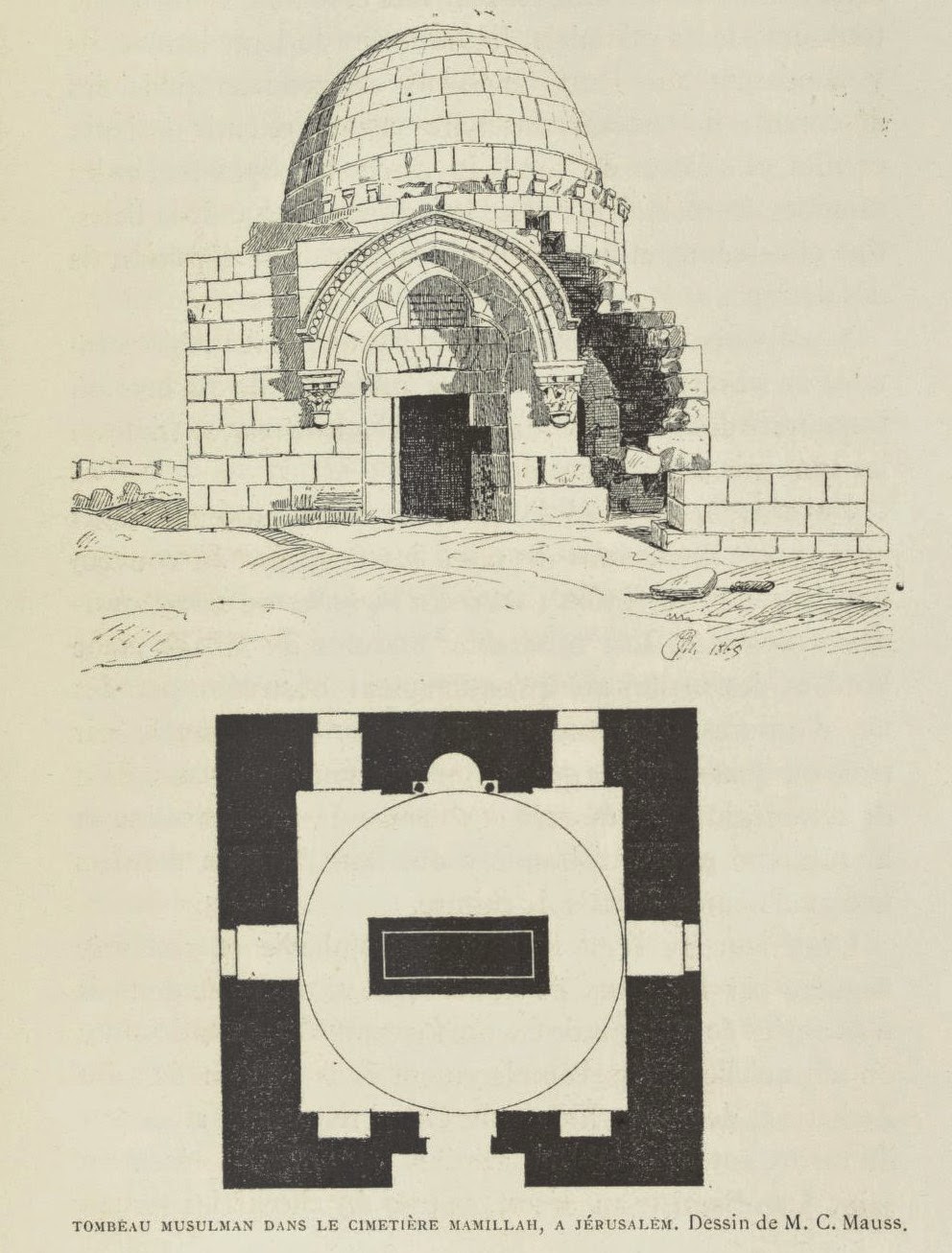 Judging by this picture, Turbat al-Kubakiya was partly destroyed in the 19th century. At the beginning of the 20th century it was fully restored. Around Turba remained some Muslim gravestones. 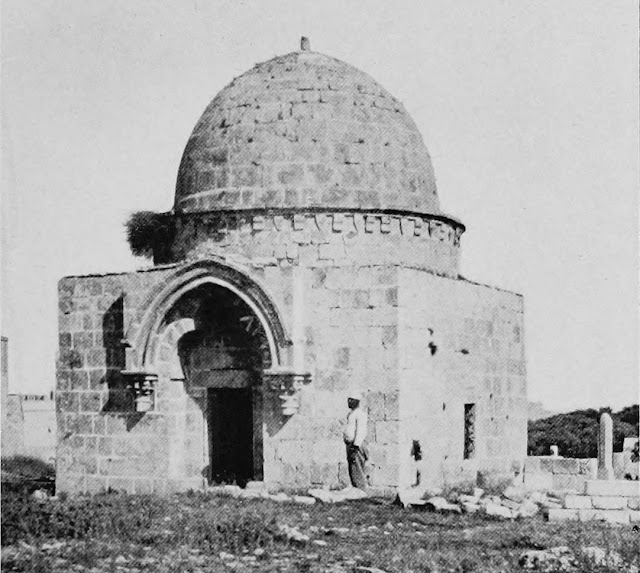 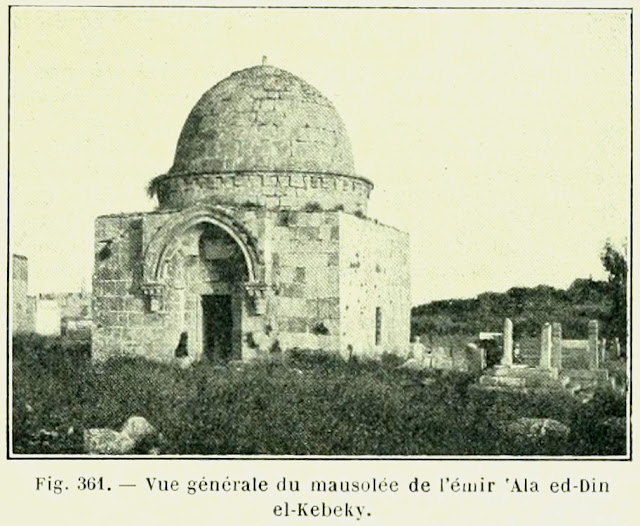 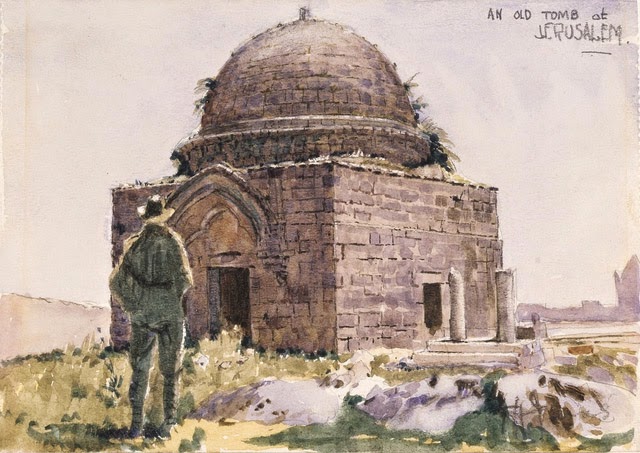 This turba is a nearly perfect cube measuring 6.34 x 6.28 x 3.55 m, with a dome 2.80 m high. Its walls are not oriented to the cardinals. Ornate entrance to the tomb is on the north-west side. It is noted that although the turba was built in typical Mamluk style, it includes many of the architectural elements borrowed from the tombs of Crusader period that were situated in Jerusalem. These architectural elements are the pointed arch over the entrance and, especially, two consoles that replicate the consoles in the churches built by the crusaders. Examining the turba in 1873, C. Clermont-Ganneau found many Latin masons' marks which place their origin beyond doubt (ARP I 287). However, there is an opinion that the whole tomb was constructed from parts of the tombs of the crusaders which had been taken from the temple of the Holy Sepulchre. As J. Murphy-O'Connor noted “the cenotaph has no Islamic parallel, and is probably of Crusader origin.” (2008, 168) We should add that plenty of such tombstones can be found on the Mamilla Cemetery. 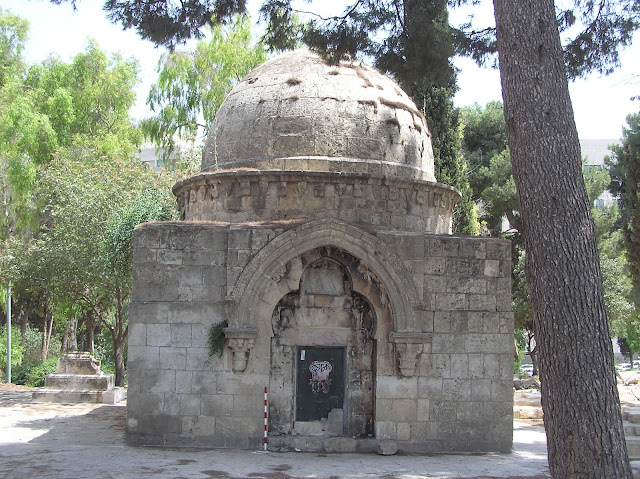 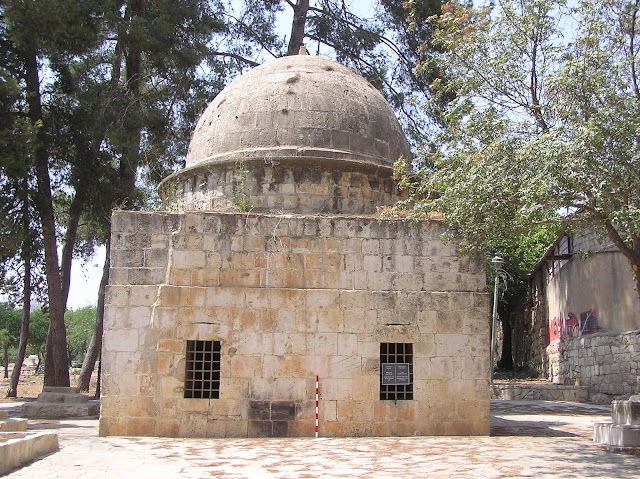 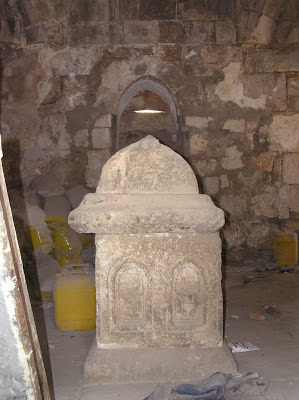 In 2009 the Municipality, seeing that the homeless use the turba as a doss house, decided to block access to the interior. Masonry was laid in the luxuriously decorated north side of the tomb. Later this brickwork was partially disassembled and the metal door was installed. Bars were installed on windows. A stone cenotaph inside the turba is surrounded by jerrycans with brown liquid of unknown origin.

The tomb of impressive size, built in the Mamluk period. Here three members of the Qameri family, who died in battles with the Crusaders in 1251–1266, were buried. But burials also happened here in the following centuries. Now there are five tombstones in the turba. During the archaeological excavations in 2003 ashlar stone with two inscriptions in Arabic was found. The first inscription says: “This is the tomb of sheikh ‘Abd al-Rahman Sa‘ad Kamal, a gift for his soul the fatha will be read in 1310 AH (1892 CE).” The second says: “The tomb of ‘Akasha, friend of the Prophet.”


View from the west 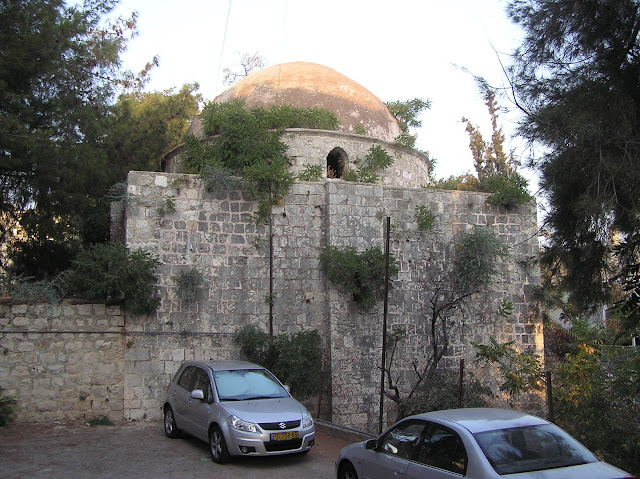 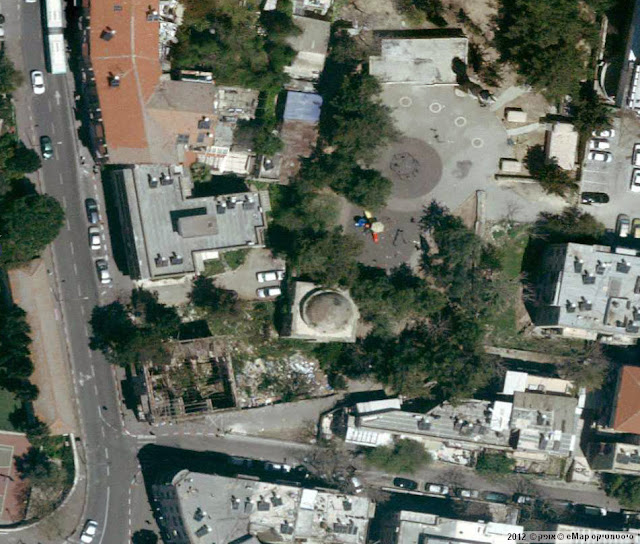 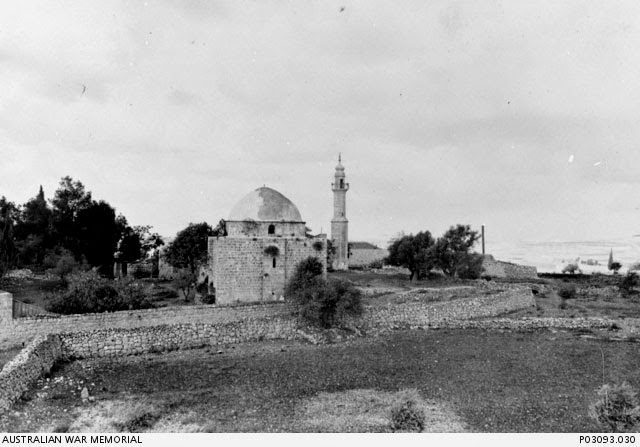 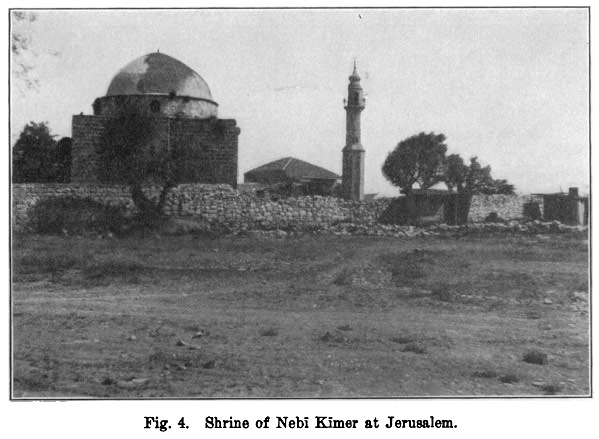 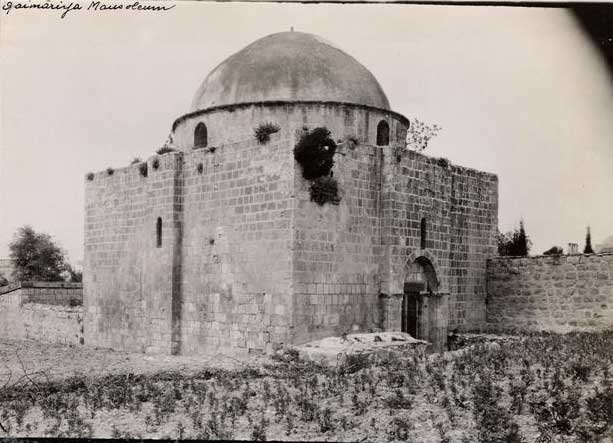 Turba is located in the center of Jerusalem, adjacent to the orthodox quarter of Mea Shearim, between the streets Yisha'ayahu and Strauss. A hundred feet away is situated no longer functioning locked mosque with a minaret, called the Prophet ‘Akasha, causing turba often being confused with it and called Nabi ‘Akasha Mosque. Between the tomb and the mosque there is a playground with swings where Jewish mothers bring their children. The day we were there, Jerusalem kids were frolicking around us, but it didn’t hinder us from filming and measuring the tomb. 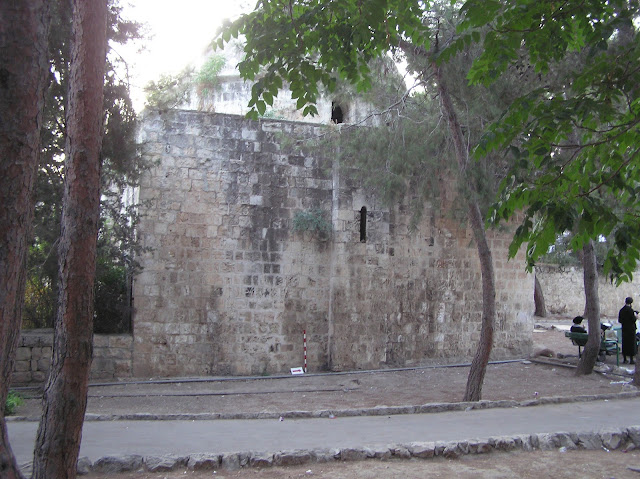 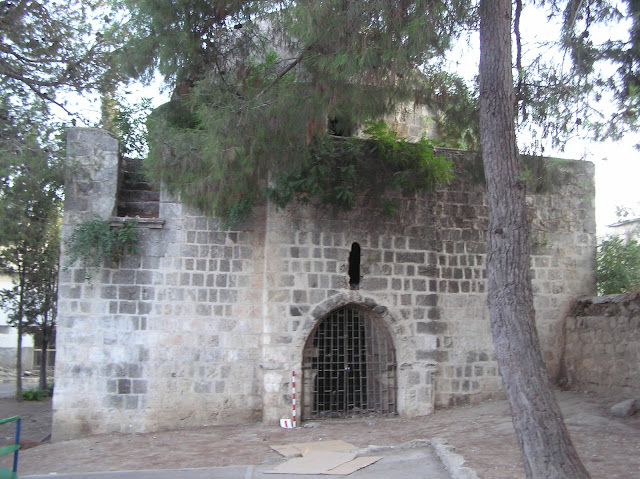 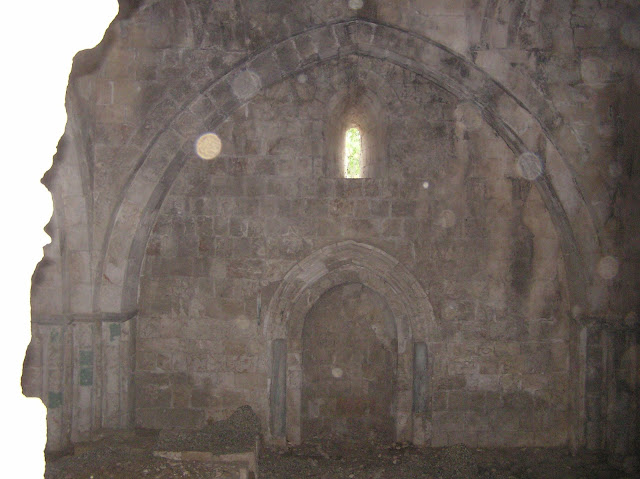 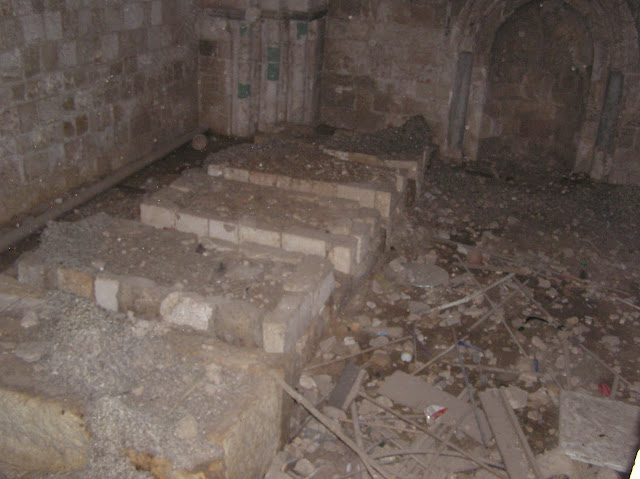 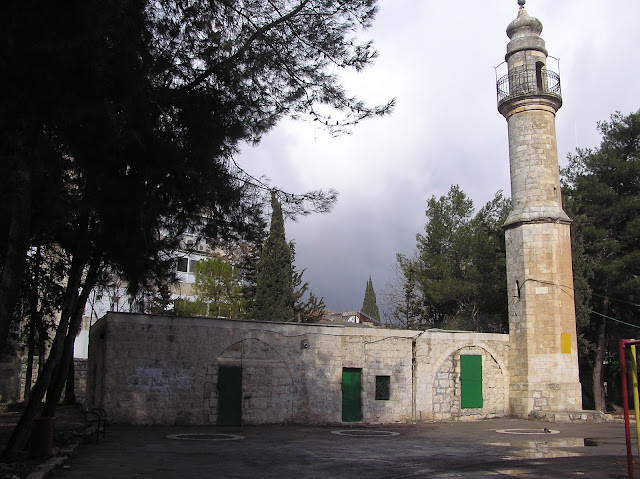 From time to time Israeli ultras desecrate Muslim monument by drawing offensive inscriptions in Hebrew on its walls. And each time such inscriptions are thoroughly whipped off. Last time the tomb was desecrated in December 2011. Here's a photo of that time: 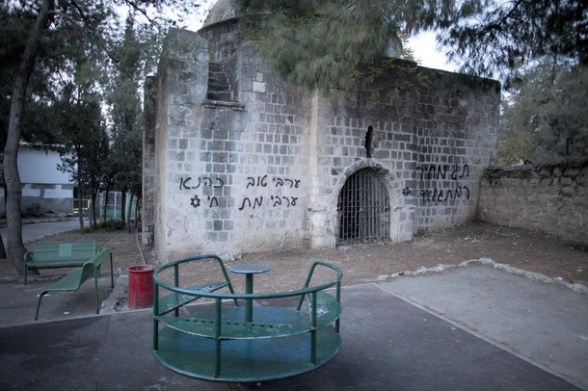 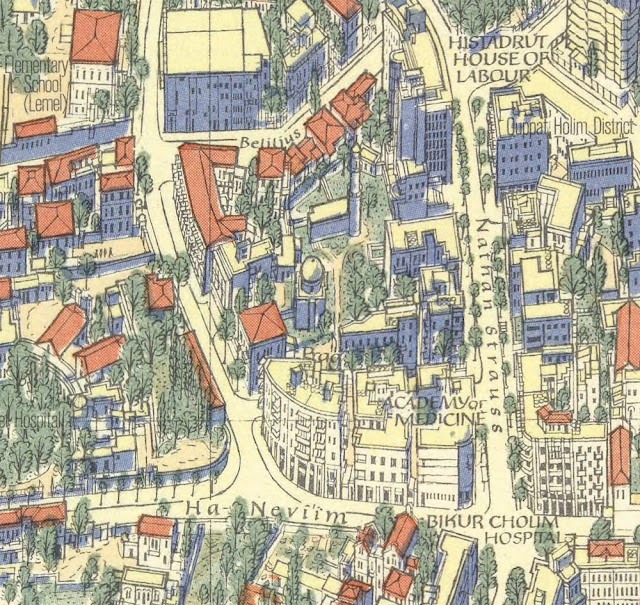 Posted by https://borisfenus.blogspot.com/ at 4:57 PM